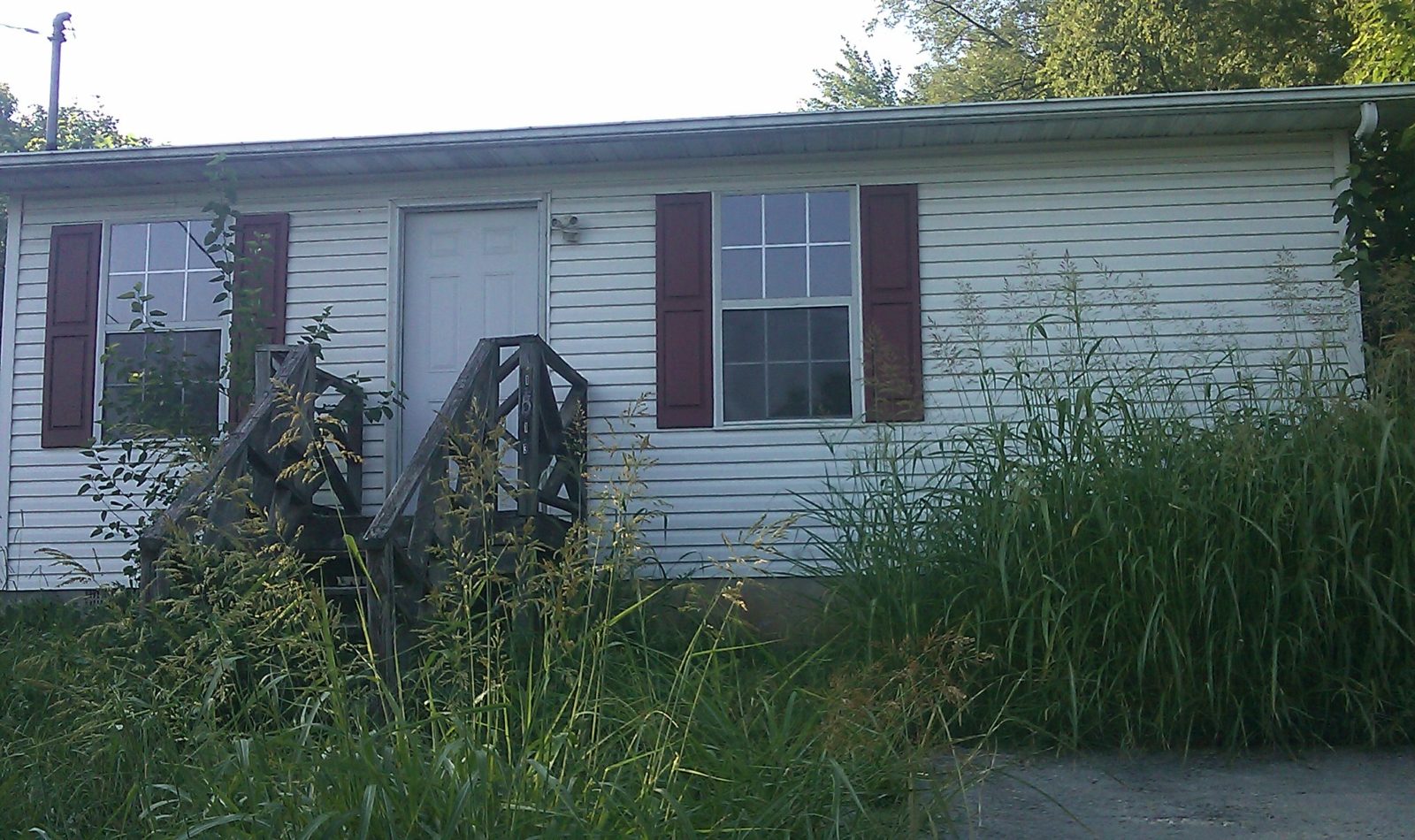 Why I would never buy another condemned house. In the city where I live, if a house gets condemned, they immediately pull the power meter from the house. When you go to get the power turned on, if the city utility worker sees the meter has been removed, they are required to search the city records for any condemnation or code violations. If none exists, they will still make you go through what's called a safety inspection before your meter can be reinstalled. But if it's under condemnation or has violations you have to bring everything up to current day codes.

The last condemned house I bought was built in 1993 and we did the remodel in 2010, so it was only 17 years old, at the time. I did not expect it to have any code violations or the house not to be up to code. When I purchased the house, I spoke with the codes department about the violations. I was told that the violations all pertained to the yard being overgrown and the city having to mow the property. The city had levied fines that had never been paid and liens were placed against the property, but those were paid at closing by the seller. So, I firmly believed that once I got the yard cleaned up I would have no issues with the city clearing the code violations.

Once I got the yard cleaned up and all the other repairs finished, I tried to get the power turned back on and they told me I had to have a code inspection to make sure everything has been brought up to code. I scheduled an inspection and to my surprise, they found a code violation! Apparently in 1996 scald preventing faucets became mandatory and they have to be installed in all baths and showers. Even though the faucet I had worked fine, it did not have the scald preventing feature, so it had to be replaced. In my opinion, it was really kind of silly to require me to do this, since it would have been grandfathered in otherwise.

Even though I believed it was ridiculous, I thought it wouldn't be that big of a deal to swap it out. I could just go to Home Depot and buy a new one and replace it myself. Boy was I wrong!

First, I was required to get a permit to do the work. I went downtown to buy a plumbing permit. They said I had to get a general permit and then purchase additional sub permits for each area of work needed like plumbing, electrical or mechanical. Each one of these sub permits costs money of course and you must hire the licensed contractors either electricians, HVAC people, or plumbers to do the sub permit work.

After doing a little research, I found out I can do the work but I must have a license plumber sign off on it. Unfortunately, most plumbers will not sign off on someone else's work and they usually charge several hundred dollars labor to do this little change out. The faucet part itself is only about $100. I finally called around and found a plumber who would agree to let me put the mixing valve in and he would inspect it, and sign off on it, for around a hundred bucks. That did save me a little bit of money.

I had to cut a hole in the bedroom wall to reach it from the backside of the shower. Then replace the whole mixing valve (faucet). I had to leave the wall open so the codes inspector could come by and look at it. Once I passed the inspection, I could repair my drywall. I called to schedule the code inspection, but I had a problem. The codes inspector wanted me to be able to get the water to 120 degrees. That was impossible because I have an electric water heater and I have no power.

This is where government bureaucracy gets stupid. I have a code violation that I can't correct without turning the power on and I can't turn the power on without correcting the code violation. It's a catch-22. The city had no idea how to deal with this situation and frankly, they are not equipped to fix problems like this. I explained my dilemma to the codes inspector. He insists that he cannot pass me without the hot water. In order to get the water heater working I need the power turned on and I can't get the power turned on until I pass your inspection. He said, “Sorry I don’t know what you want me to do.” So we go back and forth and I call the codes department supervisor and they tell me I have to talk to the inspector. I offered up several solutions, like temporarily running the water heater off a generator. The inspector said the code requires the water heater to be powered from the utility box. He actually suggested that I install a temporary power pole in the yard, which perplexed me. I did not understand why I could do that, because then the water heater would not be connected directly to the box. Not to mention it would cost me about $300 to set up a power pole in the yard to do a 10-minute inspection. Then the inspector says you need to go back and talk to the codes people and this goes round and round for several days. Finally, I got in my truck, drove downtown, went up to the office of the codes administrator, and said I have to get this solved! Someone is going to have to give in to get this solved. After some convincing, she gets on the phone with a codes inspector and he agrees to let me power the water heater “by whatever means necessary” to get the water heater to the temperature of 120 degrees and he will pass me. When he finally capitulated, I decided the easiest thing to do was to go over to the neighbor's house and say, “Hey I’ll give you fifty bucks to let me plug an extension cord into your outside outlet and run it over to my house for about 30 minutes. The neighbor gladly took my offer and I used his electricity to heat my water heater up. I cut off the end of an extension cord, crawled up underneath my house and hooked it up to the water heater. I was able to get the water up to temperature and passed the plumbing inspection. Finally, I got the violations all cleared up and got my power turned on.

This whole experience just showed me how difficult it can be to try to deal with the city and code inspectors and all the red tape of a government bureaucracy. You really feel helpless when they have your back up against the wall because they hold all the cards. They can keep you from making any money and shut you down until you do exactly what they want you to do. I just don't like being in a position like that and that's why I won't buy condemned houses.